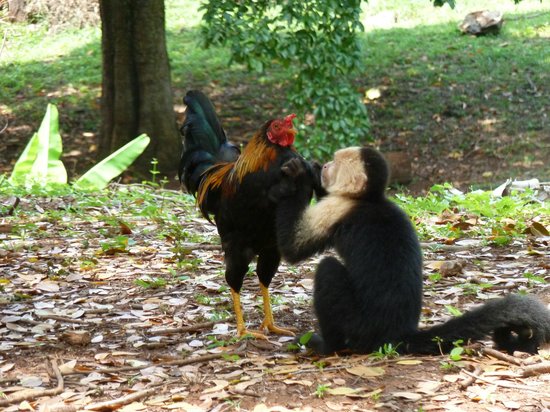 I am sure that for most of us, last year has been a bit of a shocker. The monkeys have really been up to their monkey business.

One hopes that the Rooster will crow in a better year and so that is my new year wish for all of us.  May it be the break of dawn after a dark night.  May it be a return to sunnier times.

There is an additional point of interest for me this year as my sister-in-law is expecting her first child, a daughter.  Her due date is 26th of January.  If she is on time or early then, the baby would be a Monkey according to the Chinese Zodiac but just a couple of days later and the child will be a Rooster.  With no track record (being her first child), the bookmakers are refusing to offer odds.

What do you think? Monkey or Rooster.  Either way, I pity the child cause we all know Tiger is best, Squirrel is ‘best’-er and Tiger Squirrels are the super ‘best’-est!