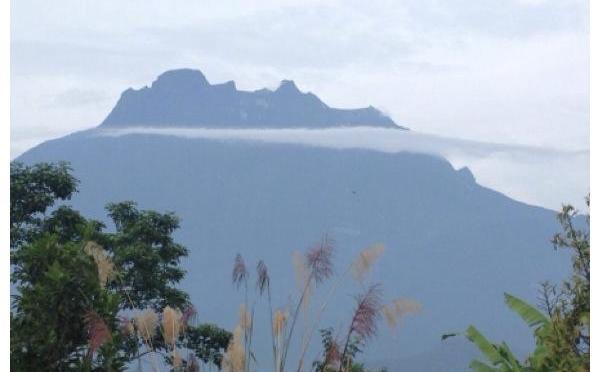 It is often said that “a handicap is only a state of mind“.  Boy, I think I have just the tale to regale you with that demonstrates that very point.

I regularly go hiking with a group of friends into the hills near my home city.  However, some of the group have graduated to bigger things (specifically, bigger mountains).  Some went to the Himalayan foothills last year and last week some went to climb to the top of Mount Kinabalu which is the highest peak in South East Asia at 4,095 m asl.  I, of course applauded and cheered them on from the comfort of my armchair.

Anyway, the ascent is normally taken in two stages.  The plan for the first stage was to climb for over 6 hours to the Laban Rata Resthouse at 3,270 metres and then to attempt the second stage to the summit very  early the next day.  The plan is to get to the top while it is still dark and then watch the sunrise.  Apart from being a fantastic sight, going to the summit any later in the day and most likely the view will be blocked by clouds or bad weather.  The following day, they would make a 7.5 hour descent off the mountain.

Upon their return to civilization, my friend Timothy, shared with all the armchair travelers, the tales of their adventure.  He told of the hard but rewarding climb to Laban Rata rich with beautiful flora and grand vistas.

Unfortunately, he told us, that on the morning that they were to make their assault on the summit, the weather closed in with rain and mist.  The team leader decided to cancel the final ascent citing “POOR VISIBILITY”.

We all were listening to Timothy’s account with great interest and all commiserated with him and the rest of the team for going so far but yet failing to reach the top due to poor visibility.

Ironically, I came across the following newspaper article a couple of days later about a group of seven climbers that made it to the top the very next day.  Truly, “a handicap is only a state of mind”.

Well how about that for “poor visibility”, Timothy?

(Editor’s Note:  Despite giving Timothy a hard time about this, the truth is that the Lone Grey Squirrel was to chicken to even attempt the climb in the first place).